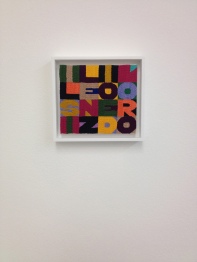 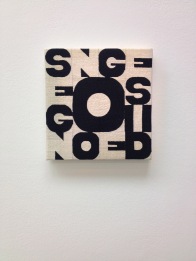 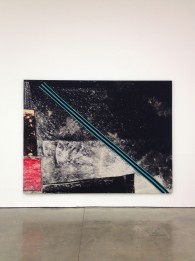 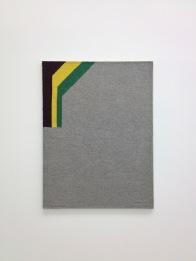 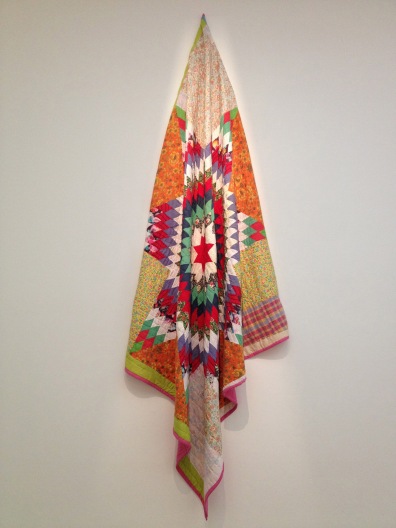 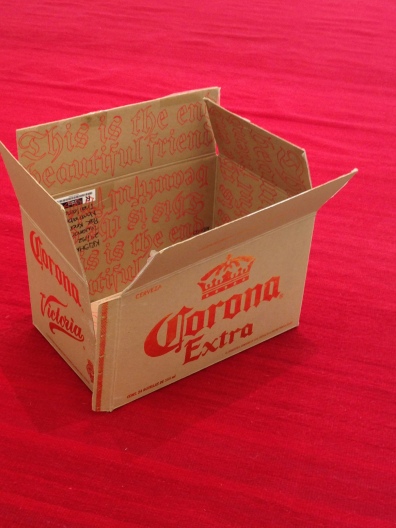 I had to work to wrap my head around the current White Cube exhibition, Losing The Compass – it would have been easy to walk in and walk out none the wiser, maybe even slightly confused – I was determined to understand its message, and I’m so glad that I chose to persevere. Amish and Gee’s Bend quilts form part of the same exhibition as Boetti embroidered canvas, Sergej Jensen knitted canvas, Sterling Ruby bleach patchwork and Danh Vo’s cochineal carpet, among other works. This is a sensitive exploration into the meaning of weaving and textiles in the current geo-political climate, a beautifully curated concept by Scott Cameron Weaver and Mathieu Paris.

Boetti wordplay canvases originally executed by Afghan embroiderers are cryptic until decoded from Italian to English, Il Silenzio E D’oro: Silence Is Golden, and Segno e Disegno: Sign and Design – asking us to consider the symbolism involved in the context of traditional craft employed in creating contemporary art. Amish quilting was not originally intended as art currency, but made for practical use, and yet the artistry is obvious, which invites us to consider the greying border between craft and art. I was most captivated by Danh Vo’s cochineal carpet and red foil Corona box – Vo’s work is also the work of the Mexican village Oaxacan, who’s indigenous identity and economic independence has been sustained by weaving and cochineal dying. The made Corona box points to contemporary industrialism, placed upon the carpet of age-old indigenous techniques – a wonderful and poignant metaphor, and question “what have we done, what are we doing, why?” A question that I had already begun to ponder recently while observing traditional weaving and design in the Sacred Valley, Peru (photo gallery below).

Losing the Compass therefore explores the idea of crafted objects traversing into other value systems, such as fine art, as if having veered off course, and the implications of such a philosophical shift. This exploration sits within an interesting context right now, relative to The Fabric of India exhibition at the V&A, and the Ai Weiwei one-man show at the Royal Academy of Art, since they all ask questions with an element of moral compass. The Fabric of India latterly explores Mahatma Gandhi’s political employment of Khadi (hand-woven fabric and dress) traditional hand-loom weaving and its economic and socio-political importance during the struggle for India’s independence from British occupation. The spinners pin wheel eventually became an integral part of India’s national flag, which I hadn’t realised until now, thanks to Gandhi’s legacy.

The ancient tradition of weaving has a long history of sacred spiritual significance in many cultures, from practical use to metaphorical meaning. We are a planet steeped in industrialisation to the point of drowning in meaningless stuff, perhaps we are opening to the idea of integrating some balance by exploring the authentic practices of indigenous craft, methods and meanings. 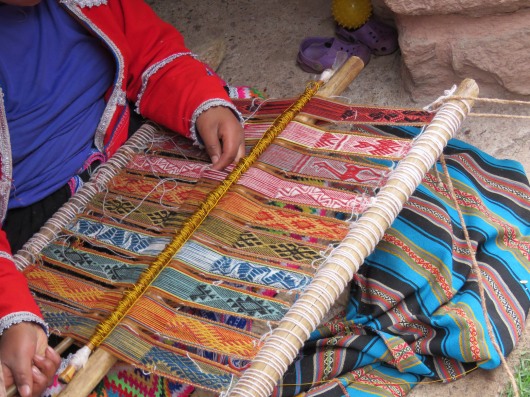 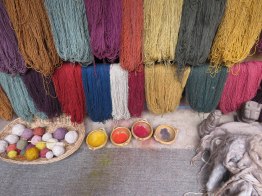 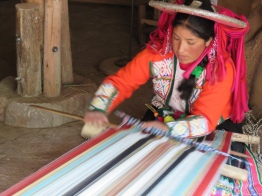